For Better and For Worse

January 31, 2010
Last night, my dear friend Gail
got married. The bride and groom's adult children,
her son and daughter and his daughter,
all participated in the ceremony,
attended by a few dear friends and family. 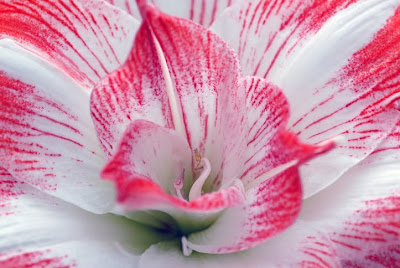 
At times like that,
when people are pledging their lives to each other
and picturing shared dreams
and growing old together,
it makes you think.
And so it was really distressing
in the conversational time after the cutting of the cake
and all the food munching and champagne sipping
to hear the story of one of the guests,
a nice man whom the groom has worked with
for some three decades.
Mr. X had a bone marrow biopsy
to confirm or rule out  multiple myeloma
only two days before the wedding.
His wife decided she'd vacation in Hawaii
rather than be there for the test.
And when the doctors began to mention
treatment protocols to him
and he called her to talk about it,
she told him he should move to his childhood home
to be with his elderly mother,
because the wife refused to take care of him.
After all, she said, she has a job.
I thought of my own marriage
and how totally, unabashedly, completely
I loved and adored my husband
even after I decided there wasn't room in our marriage
for me AND his paramour
and set him free.
I flatly just couldn't identify
with being so disconnected from my spouse
that I would be unable to muster compassion
and caring at a time that he must be
so frightened and overwhelmed.
Their marriage has been on shaky ground for a while,
he conceded,
and he's really only happy at work.
When he's home, he's exhausted and only wants to sleep.
And I know that there's always another side,
and it's not my place to judge,
but still. . . .
Compassion disillusion weddings

Bonnie Zieman, M.Ed. said…
What a story! She is either without conscience or has given so much with nothing in return (or been emotionally/physically abused) that she has finally left.
As you say there is always another side - and sometimes the most ordinary, sweet looking person can be hell to live with ... Who knows? Either way, very sad.
February 1, 2010 at 5:59 AM

A.Smith said…
Lack of basic compassion? Selfishness? Fear of illness and having to take care of someone who is now far from meaningful in her life?
I shared your email with Barry and we both shook our heads at once. Cannot imagine to leave an animal to suffer alone, regardless of present circumstances how can she leave a human being to face an uncertain fate without even trying to make things easier for a spell?

Yes, there is no accounting for human behaviour and yet some behaviour truly makes me wonder about their "human" side.
February 2, 2010 at 10:39 AM

Relyn Lawson said…
You know what I really read here? Your loving heart. That's what I say. Maybe because I know you, but what stands out to me is your loving heart.
February 2, 2010 at 3:51 PM

Jennifer said…
I'm reading this well after you posted (I so enjoy your blog, that I read through past posts that I have missed if I haven't checked in for a while). It's been a hard day, and I feel this story is so sad, that there are tears in my eyes. Yet, I am glad that you told it; it makes one think.
February 5, 2010 at 4:27 PM