January 09, 2010
I paid a little visit to Kim's Mouse Medicine blog this morning

and saw she was participating in a play-along called

started by a guy named Alan whose blog is called
News from Nowhere.

So I decided to jump into the photo pool

with an ancestor picture of my own. 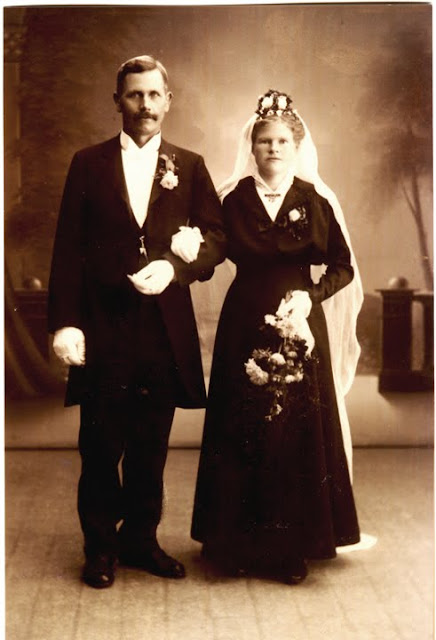 Let me introduce you to Johan August Jonasson Blomgren

(known to his descendants as August Blomgren)

and his fetching bride Charlotta Jonasdotter.

They were my mother's paternal great-grandparents.

August was born in 1833 in Halleberga Parish, Kronoberg County, Sweden.

Charlotta was born in 1833 in Madesjo, Kalmar County, Sweden.

Swedish parish records tell us that August was a blacksmith.

Emilie, Carl, Adolf, and Frans all died in childhood or adolescence.

As the family accumulated funds, each of the older children

was sent to the United States. Each sibling went first to Nebraska,

James worked for the railroad and helped the boys find jobs.

Wilhelmina worked as a nanny for a local family

and I suspect Anna did the same.

By the first decade of the 1900's, all four kids had worked their way to

the west coast, either eastern Oregon or eastern Washington.

August apparently wanted to become an American, as well.

He filed "leaving papers" with his Lutheran parish

I don't know how long he stayed or how many of the children
he visited. I don't know if he saw his brother

in Dannebrog, Nebraska. Since he was traveling by train,
he probably did. But at some point,

he went back to Sweden.

His wife was adamant that she wouldn't leave her homeland.

August died in Sweden sometime after 1907,

because there is a 50th Anniversary photograph
of them in front of their home taken that year.

Parish records of deaths for that time period

aren't available so I don't know the date.

Charlotta died in February 1923 in Madesjo.

She was just six weeks short of her 90th birthday.

Alan Burnett said…
That is such a fascinating story and a wonderful photograph. Welcome to Sepia Saturday, I am sure pleased you decided to join in.
January 9, 2010 at 10:24 AM

ellen abbott said…
Hi Meri. It was nice to see you over at my place today. What a great picture. I like how they are dressed basically the same with their flowers pinned on and her with just her bouquet and veil. It made me start to wonder when white became de riguere (sp?) for brides.
January 9, 2010 at 10:38 AM

Tess Kincaid said…
Oh, this is a fabulous family treasure! I absolutely love hearing of everyone's ancestry. I see shades of your great grandmothers face in your own.
January 9, 2010 at 1:18 PM

Betsy Brock said…
Hi Meri! I'm so glad you've joined in! This photo is absolutely stunning! And the story of their lives so interesting. She sure is beautiful! These old photos always make me want to see them smile, laugh and talk....just come alive. Thanks for sharing!
January 9, 2010 at 1:31 PM

Rosaria Williams said…
What a great story and fabolous photograph.
January 9, 2010 at 5:53 PM

Meri said…
Thanks, everybody - especially Alan for coming up with this concept. I spent way too much time doing genealogy. My great-grandmother Wilhelmina was my first foray into the Swedish records, all maintained by the Lutheran Church in Sweden. Her husband Samuel is one of my "brick walls," because I can't find hide nor hair of him in the Swedish records.
January 9, 2010 at 6:58 PM

Terribly sorry to read about your dear cat. it's always difficult to part with a pet....true love there.

Stephanie said…
Fabuluous photo! Wow, that goes back a long way - wonderful that it's been preserved and that you've got the story. Thanks for sharing.
January 10, 2010 at 10:24 AM 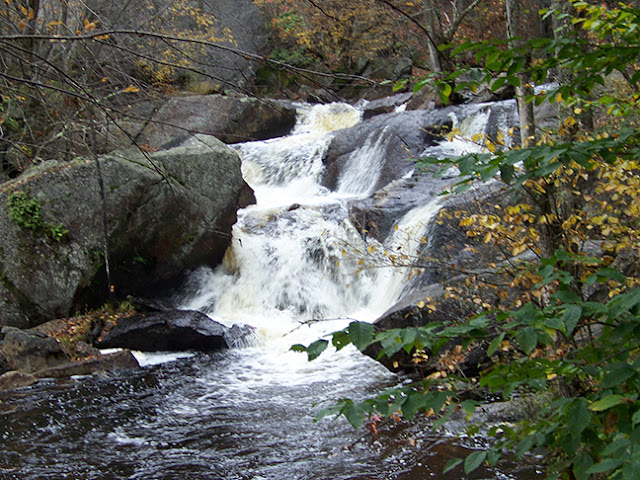