February 15, 2011
Today is the anniversary of the birth
of Susan Brownell Anthony,
the 19th and early 20th Century women's rights activist
who worked tirelessly to secure the vote for women.
In 1872, she was tried for having attempted to vote.
She died in 1906, fourteen years
before the 19th Amendment was ratified. 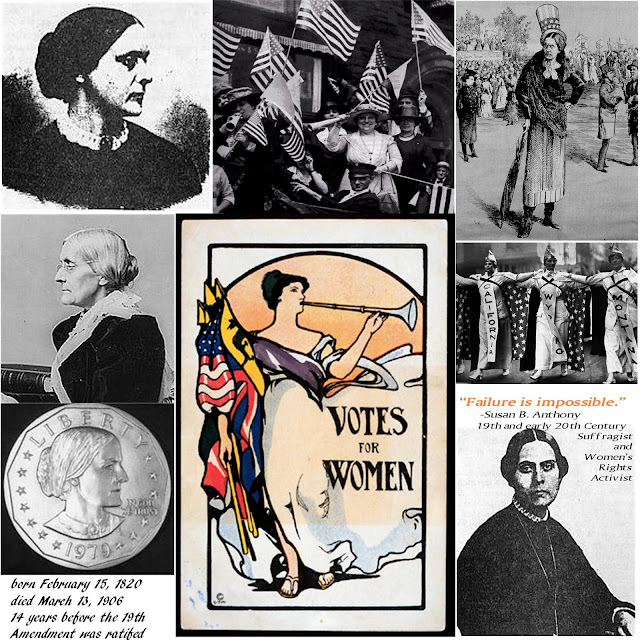 Eryl said…
Thank goodness for women like her who were willing to sacrifice everything so we could be taken seriously as human beings. It's so sad that she died before she could see the results of her work.
February 15, 2011 at 1:53 PM

mouse (aka kimy) said…
hip hip hooray to susan b!!!

will said…
Our society is not so gradually forgetting (perhaps simply ignoring) most historic Americans. Pop culture has latched on to a few and made them clichés. (Ben Franklin, George Washington, Lincoln, etc.)

Other than Anthony, almost none of the other women activist are remembered (Elizabeth Cady Stanton). 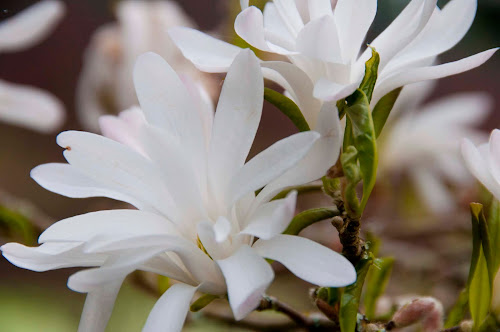