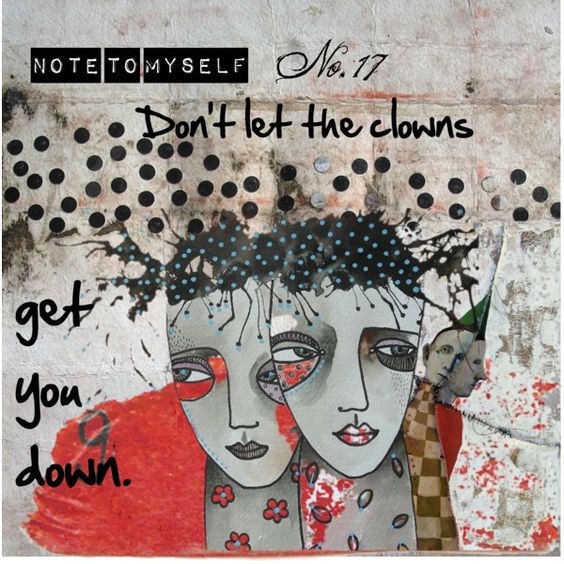 Someone in a position of power is making
inflammatory and outrageous statements,
bullying and mocking people,
threatening revenge on members of the press
who don't post articles adulating him.

There are clowns in this world
that can dish out all kinds of insults,
but want to be kowtowed to themselves.

Who think the whole world
exists to enhance their exalted view of themselves,
to fall in line with their every whim
(no matter how obnoxious or self-indulgent).

Who think they're smarter than everyone else
and that they're so special
rules don't apply to them.

But we know the truth about them.
If these Emperors have a splendid set of clothes,
they put on their pants one leg at a time,
just like us commoners.

And if they were really so special,
they wouldn't need to remind us so often.

So
no matter what,
don't let these clowns get you down.

Flaunting the rules
and making end runs around the truth
has consequences eventually.

So run amok, Clowns. . .
but remember,
Barnum & Bailey's is closing
after more than 100 years.