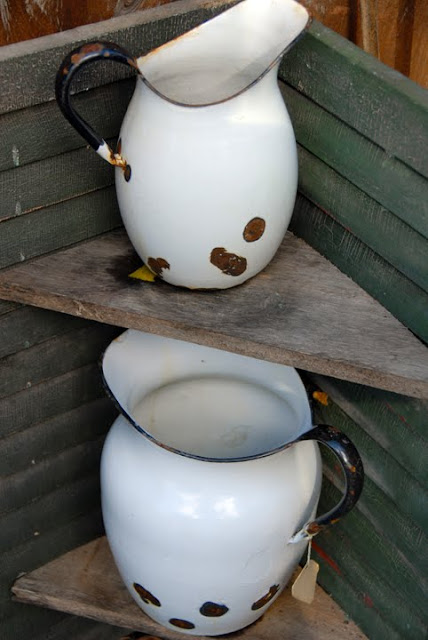 This image makes me laugh because it
reminds me of my days in law school.
You see, I went to law school in the days
when the barriers to women in law
(overt or covert) were just beginning to give way.
The class two years before mine was 2-5% women.
The class a year ahead was 25% women.
My class had 40% women.
So the makeup of the student body had changed a bit,
but facilities lagged behind.
There was a women's locker room on the first floor
with a small "ladies room,"
which as I recall might have had two small
toilet stalls and two sinks.
But the second and third floors of the building
had always had two mens' restrooms, no women's.
Realizing that would be a problem with greater numbers
of those of the female persuasion,
the powers that be decided to screw up a sign that said
"Women" on one of the men's room doors on each floor.
So we got our ladies' rooms, complete with functioning urinals.
Now they did seem to realize that women weren't
going to pee standing up, but that didn't bother them.
The administration decided to keep the urinals,
but to fancy each one up with a metal pitcher
containing yellow and blue plastic flowers.
Really ugly, cheap ones.
Welcome to law school, girls.
We're so happy you're here.
memories pitchers Women's Issues

Naquillity said…
isn't it interesting to see how far times have come? i can't imagine something like that happening these days. your pitcher pic is great. glad you had a good laugh today. hope all is well.
June 3, 2010 at 4:53 PM

A.Smith said…
Barry made the comment that perhaps the powers that be thought that this female interest was just a passing fancy and "that in a couple of years we will be going back to an all men situation, so don't bother to fix the bathrooms" I am willing to bet he is on to something there.

All I could think of was: were the pitchers inside the urinals or where? Too funny. In its own ridiculous way, of course.
June 3, 2010 at 8:54 PM

Elisabeth said…
What an amazing memory and the image attached to it, mesmerizing - those old pitchers filled with fake flowers in converted urinals. It says so much about the gender imbalance. Thanks Meri.
June 3, 2010 at 9:10 PM

Relyn Lawson said…
I am snorting with laughter. Snorting. How like a man! GROSS!!! People are such doofuses sometimes. I do wish you had a picture of that. It'd be hilarious.
June 4, 2010 at 6:19 AM

rebecca said…
perfect memory brought to life in the visual reference of enamel and rust.
June 4, 2010 at 7:25 AM

Meri said…
Naquillity: There have been improvements galore. It was an interesting time, being on the cutting edge.

Bonnie: It was a rather rude welcome, I thought.

Allegra: Yes, sitting at the bottom of the urinal. With the cheapest, tackiest all plastic flowers imaginable. How divine! Barry might be on to something, though I think it was more along the lines of "if we make it miserable enough, they'll go home crying."

Elisabeth: At the time, women were very much aware of being outsiders in law school, even without the urinals.
June 6, 2010 at 3:05 PM